A woman holds a conversation with a man living in a typical post-war apartment building in the city of Stari Dorogi on April 20, 2006. Most of the buildings in the larger cities of Belarus were destroyed during World War II and during the Soviet era prefabricated concrete blocks were erected everywhere to house the masses. Few modern buildings, such as those now found in Moscow, Kiev or even Almaty, have been built since the country's independence. 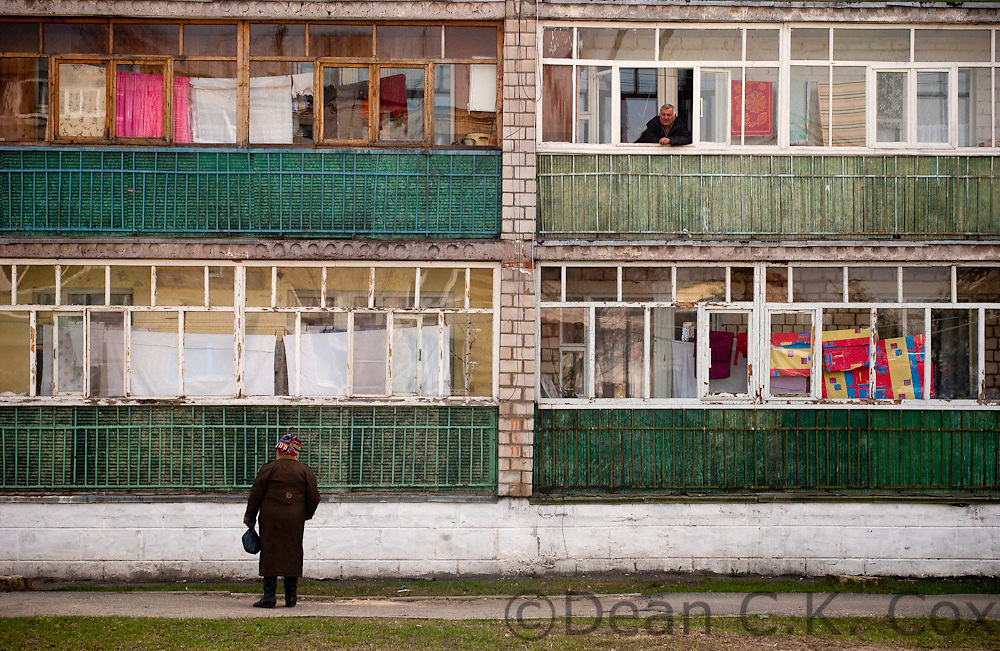